In this post, I’ll show you a workaround to get device based wireless authentication working for AADJ Windows devices via NPS. Keep in mind this is a workaround and your mileage may vary.

NPS does not play nice when it comes to AADJ device authentication. There is a fantastic writeup on this issue here.

The tl;dr of the issue

Why is device based authentication important?

Why not just hybrid join your machines?

More great gifs like this on the Windows Admins Discord server.

Things I am assuming you have

There are several workarounds discussed in the post I linked above. For me, the easiest method is creating “dummy” computer objects in Active Directory that match the AADJ devices. Once NPS sees the AADJ device in your local AD, authentication works.

I settled on using PowerShell for this workaround. Although tedious, you could do your initial testing via ADUC and the attribute editor.

Basic version of the script

This basic version of the script lets you create one device at a time (useful for testing):

There are three important things this script does:

Be sure to run this on a domain computer that has the ‘ActiveDirectory’ module. Also, the account that the script is running under will need permissions to create and edit computer objects in AD.

Here is an example run command:

After using the script for a test device, you should see the computer object in your AD.

Now, you should be able to perform successful device based 802.1X authentication on your test device. 👍

More advanced version of the script that works with MS Graph

For my use case, I needed something that I could run on a schedule and forget about. This more advanced version of the script pulls down all of the Autopilot devices from MS Graph using the ‘WindowsAutopilotIntune’ module. It then uses the ‘ActiveDirectory’ module to create/prepare matching computer objects in AD.

Here is a play-by-play of the script:

Here is an example run command:

After running this script for the first time, you should see your new dummy computer objects in the OU you configured.

Now, you should be able to perform successful device based 802.1X authentication on your devices. 👍

I would expect you need to make changes to the script based off of your needs. Here are a few things I think will vary between readers:

It took me several tries to nail this down and I would expect this on your end too. Analyzing NPS logs to see what I was missing was the most helpful troubleshooting step on my end.

I’m not sure why Microsoft hasn’t considered this or even followed up to the linked post above. In an ideal world, Microsoft might create some sort of connector for on-prem. NPS to check AAD, as well as the local AD, for devices during authentications.

I realize that a solution like ClearPass would completely mitigate the need for a workaround like this. For many reasons, like budget, continuing to use NPS is ideal for my environment.

I hope this gets you to a decent starting point when you are considering device based authentication for your AADJ Windows devices. 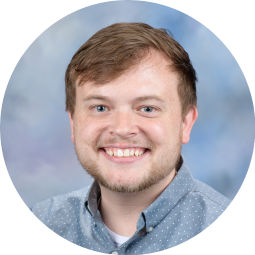 Andrew is a K-12 technology director from the Atlanta area, focusing on Windows/iOS/macOS endpoint management.