What is Proactive Remediation?

Proactive remediations are a pair of scripts used to detect and remediate a problem on a machine. The first script runs a query on your endpoints that returns an exit code of success or failure. We call this first script the detection script. On a successful exit code it is reported as “Without issue” in the Intune portal and nothing else is executed. On a failed exit code the second script is run which is called a remediation script. This script will “fix” in theory whatever you detected in your first script so the next time the detection script is run it returns successful. In the event the Intune portal reports a “Failed” status you have some detection or remediation logic failing. We will go over examples of both detection and remediation scripts to help alleviate that.

Example of a proactive remediation graph in the Intune Portal

If you’re familiar with SCCM/MECM/MEMCM/SMS or whatever acronym you want to give Configuration Manager, proactive remediation is in essence the equivalent of configuration items and baselines.

How do we get started?

You’ll notice by default we have two Script Packages that Microsoft authored. After we create our detection and remediation script we will create a script package so let’s get cracking on that!

First we need to create a Detection script

The above detection script is the generic format you should use for detection logic. You’ll notice it’s a simple try-catch. In this script we are checking to see if a VPN connection exists. You can make these detection scripts as robust as you’d like but for this scenario we are making it simplistic. You can copy the above and simply change Line 2 to whatever you’d like to test. I would STRONGLY encourage you to include the -ErrorAction Stop section as not all PowerShell cmdlets exit without throwing the cmdlet error, and this will ensure that they exit with the proper exit codes you define. On a exit code of 0 it’s reported as “Without Issues” in the portal. Nothing else will happen and the detection script will run again at the scheduled time. In the event an Exit code of 1 is thrown the remediation script will run. If no exit code is thrown the detection script will report as Failed and you’ll need to adjust the script. As an example on the above script if you remove the -ErrorAction Stop section the detection fails because Get-VPNConnection doesn’t throw the correct cmdlet error which results in the exit code not being defined.

If you’d like to read more on error handling and exceptions Kevin Marquette has a fantastic blog on it. https://powershellexplained.com/2017-04-10-Powershell-exceptions-everything-you-ever-wanted-to-know/#trycatch

Next lets make a remediation script

6. Select Next 7. Select your assignment group 8. By default it will schedule to run daily, you can edit this to be Once, Hourly, or Daily9. Select Next 10. Review your settings and then hit Create

Now in proper Intune fashion wait a few hours and your devices should start reporting.

Run into a failure?

In the event you have failures, you can see why they failed by doing the following:

If you run into any other issues or have questions about anything Intune head over to the WinAdmins discord community and go to the #Intune channel. 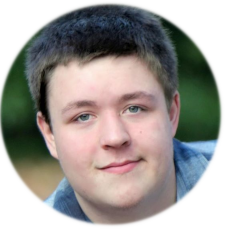 Jake is one of our Admins but also our inaugural author and the main reason SysManSquad exists today.